Established in 1991 by Group Chairman Tim Strawson, the group, which started as Bradbury Grilles, is now the leading manufacturer of physical security solutions.

Since its formation, Bradbury has acquired two brands and one subsidiary company, now providing a comprehensive package to a wide range of sectors.

The group marked the anniversary with a complimentary celebratory lunch at their onsite canteen, cooked in part by Tim Strawson and served by the Group Directors! Employees also received a celebratory cupcake.

“It is important to mark the celebration and thank our employees for their continued hard work and commitment” says Tim. “Cooking and serving our employees is the least we can do!”

In 1987, Tim Strawson left his executive job in London to start up a new venture. He had a dream and placed an advertisement in the Times newspaper, looking for new inventions! After a long search, Tim went on to establish a Brass Bed company in Luton named Bradbury Brass Beds, before starting to manufacture security grills in 1991. 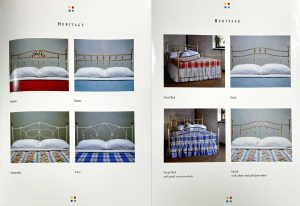 Bradbury Security Grilles, originally based in Luton, moved to Scunthorpe in 1994. Following the move, Tim quickly discovered that customers required steel security doors to go with their grilles. 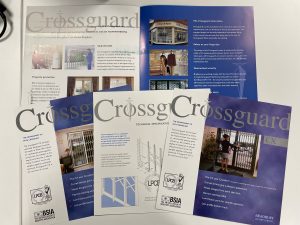 Work began on the first prototype door in June 1998. It was a level three door with welded frames made from box section. In 1999, work began on revising the design and in February 2000, Bradbury group purchased a Trumpf punching machine to produce door panels.

“Design has come a long way since those early days” says Tim. “I have one of the first produced doors in my home and it was very simple in its design. Today, we can provide customised certified doors which protect from fires and flood, as well as providing acoustic properties”.

Since those early days, the company has gone from strength-to-strength, seeing growth both organically and by acquisition whilst also developing the range of products to suit almost any physical security requirement.

“I have loved being part of the growth journey and seeing the company change” says Tim. “Moving to this custom-built manufacturing facility was definitely a highlight for me! We are looking toward to the future now, focussing on new product development and growth in various sectors. I am excited to see what the future brings!”

This month, Bradbury Group announced a change to the visual brand, creating a more coherent and seamless image across all the subsidiaries. This comes at a time when the group is setting course on an ambitious growth plan, focussed on the company’s strength as a physical security solutions manufacturer.

Richard Butler, Group Managing Director commented “We are making huge advances in developing and strengthening the group, implementing new technologies across design and operations, as well as combining support functions to create a stronger group of brands.”