We are proud of our family ethos and heritage, shaped by our people.

Diana Potter is one of the people that makes Bradbury what it is, and this week she celebrated 20 years with Bradbury Group. To honour this achievement, Diana has been presented with her own parking plaque, gift voucher and champagne, as a thank you for her commitment to the company. 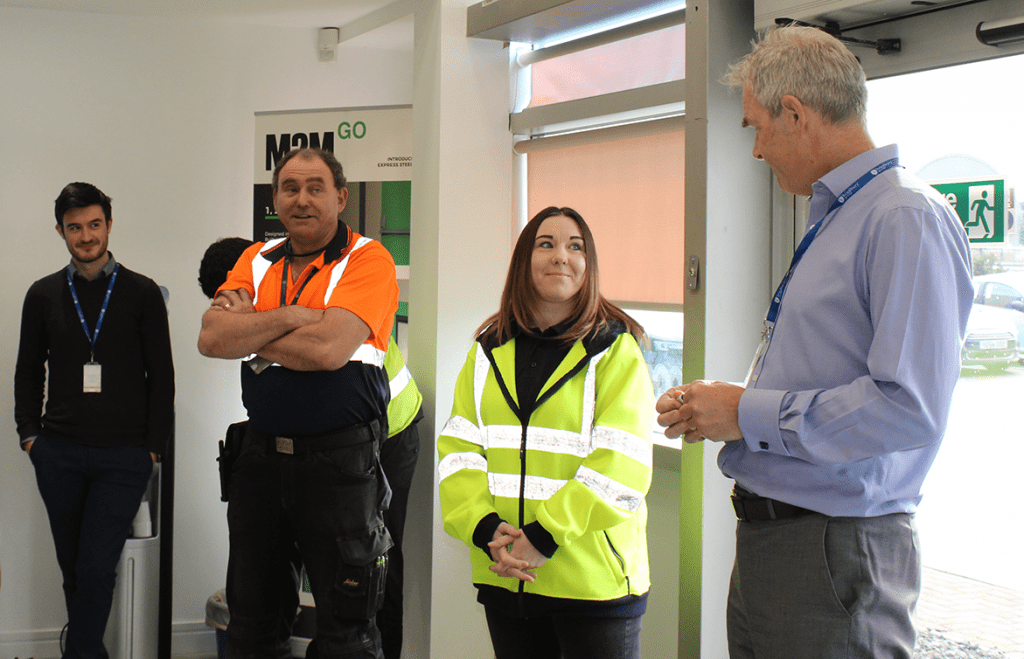 Diana joined Bradbury in 2002 as a Production Operative, working on the grilles section of the business. With an interest in career progression, Diana applied for a role working in sales and in June 2004, she moved into the offices, working within customer services and then in internal sales support. In 2005, Diana moved into the finance team and took on the role of Trainee Accountant.

Diana has always been keen to continue her progression within Bradbury Group and in 2007, Diana completed her Level 2 AAT in Accounting and became Accounts Administrator. An important member of the accounting team, Diana was promoted to Finance Assistant in 2011. Following the birth of her daughter, Diana returned to Bradbury Group and moved into operations as Maintenance Administrator, taking responsibility for the upkeep of the facility, alongside her team members.

Wayne Lewis, Maintenance Manager for Bradbury Group stated “Diana always goes above and beyond in everything she does. She is the mother hen and the go-to person for all of my team. She is a real asset to the company.”

Alongside her career, Diana has seen a number of personal milestones whilst working for the group! On the 21st July 2007, Diana married Jonathan Potter, her childhood sweetheart. Jonathan has since joined Bradbury Group as Internal Sales & Telesales Advisor, encouraged to apply by Diana. In 2015, they welcomed a daughter, Alysia and they have a three-year-old dog called Ralph!

“Twenty years is an incredible milestone” says Tim Strawson, Owner & Director. “We are very grateful for the hard work and commitment Diana has made to Bradbury and we wish her many more happy and successful years within the group.”

Thank you for your continued hard work and commitment Diana!