Kevin joined the company when it was Bradbury Security Grilles, working on the production line. In the early days, security grilles were produced completely by hand!

Since then, Kevin has undertaken a variety of roles, from painting and production management to engineering, R&D, stores and even purchasing. His current role involves supporting customers to design and amend designs alongside the customer.

Kevin has seen a lot of changes in his time at Bradbury Group, and the company has grown exponentially in that time. 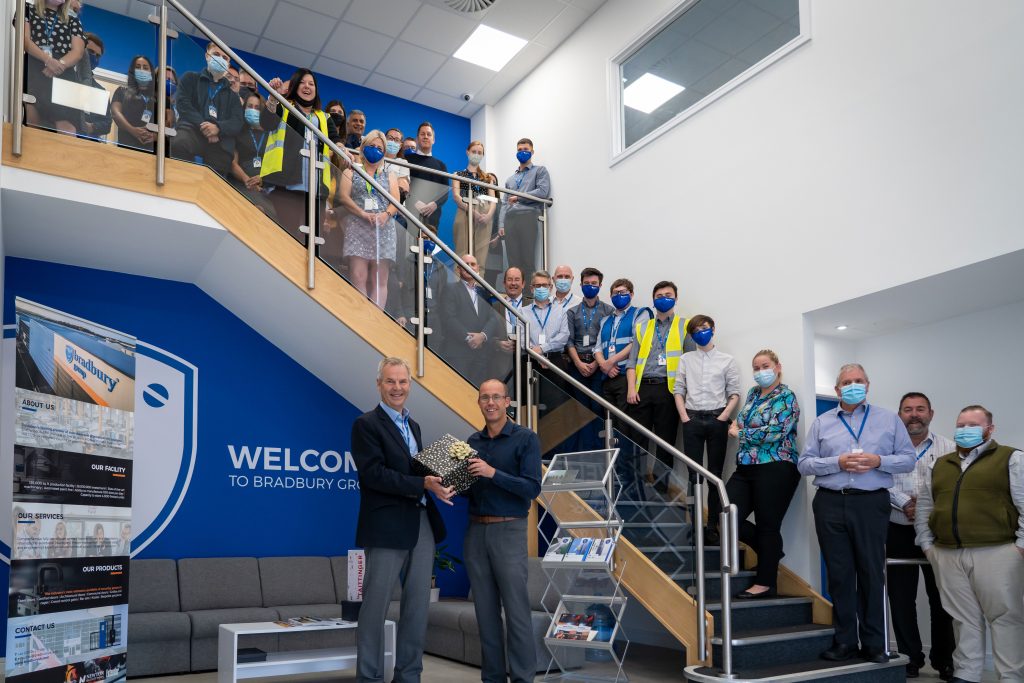 One of the first employees

Kevin is one of the remaining original employees of Bradbury Group.

Tim Strawson, Group Chairman and Founder commented “Kevin joined us when the company was in its infancy and has been a vital part of the group’s growth. In the early days, Kevin undertook a variety of roles and this flexibility was vital. I would personally like to thank Kevin for his hard work and commitment over the years and I hope he enjoys his day of celebration!”

Today, Kevin has been treated to lunch with Tim and Group Managing Director Richard Butler, before a surprise visit from Neil Cox, Manager of Scunthorpe United Football Club, who presented Kevin with a signed shirt from the team! His colleagues at Bradbury also presented him with an engraved tankard. 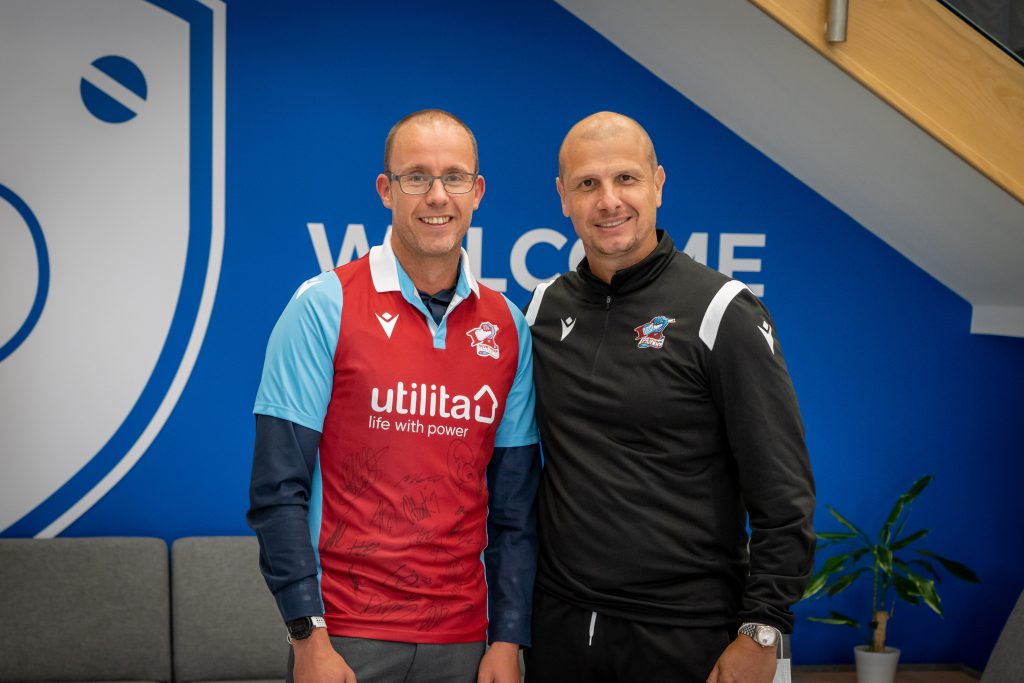 “25 years’ service is a significant milestone and I am pleased we have been able to celebrate this with him” says Richard. “Kevin is an avid Scunthorpe United fan and we know this visit will be a great experience for him! Thank you Kevin for your commitment to Bradbury Group; you are an integral part of what makes Bradbury a great place to be!”

Bradbury Security Grilles was founded in 1991 by Tim Strawson in Luton, employing just three staff. In 1994, the company moved to Scunthorpe and a larger production facility, before moving into cage production in 1997, alongside the existing grilles portfolio. In 2002, Bradbury Group started producing steel doors and has since acquired several brands including Liddle Doors, Newton Security Doors and Martin Roberts.

Bradbury Group is now the parent company for these brands, providing doors, grilles, cages and security gates for a diverse range of industries, including utilities and architecture.

Congratulations Kev and thank you for your continued commitment to Bradbury!