Life After an Apprenticeship: Ethan

Life After an Apprenticeship: Ethan 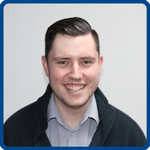 “My name is Ethan and I am an IT support engineer at Bradbury Group Ltd. I started my full-time role at the company after completing my apprenticeship and gaining an NVQ Level 3 in IT Support, in April 2017.

Although I enjoyed academic studies at college, I decided to pursue a career in IT in late 2015, and was lucky to be able to gain a position at Bradbury in early 2016. Throughout my apprenticeship I would work every day of the week, with only a half day at college on a Wednesday. This allowed me to earn money, learn valuable communication and problem-solving skills, whilst attaining the relevant qualification.

Since completing my NVQ, my day-to-day responsibilities include solving office IT problems and server issues, developing new systems, processes and templates and ensuring the overall maintenance of the company’s equipment and software. Thanks to my apprenticeship I have been able to progress much faster in my career, giving me the confidence to know that I can eventually go on to higher levels of management or consultancy in the future.

I would highly recommend an apprenticeship for anybody who is considering it as an option. I have been out of my apprenticeship for nearly a year now and I am still reaping the benefits of the skills and guidance I was provided. The level of work I do now is much more than what I would have gained from studying at college“