Bradbury Group Ltd, successful Scunthorpe based manufacturer of steel security doors, grilles, and cages, has seen a familiar face return as Managing Director. Tim Strawson, owner and founder of Bradbury, has returned to his seat as MD after a two year period as Chairman.

As the Group continues along its path of exponential growth, there has been an increasing need to fill the position of Finance Director, which has been vacant since December. Nobody is better equipped to take on the role than former Bradbury MD and Chartered Accountant, Jim Connell. Anecdotally, Strawson and Connell will be reprising the roles they first adopted in the conception of the Bradbury Group, over 20 years ago.

Connell will also be overseeing Newton Security Doors, a Scottish-based subsidiary of the Bradbury Group. The restructure is taking place to facilitate Bradbury’s ambitious growth plans; with 2016 shaping up to be NSD’s most profitable year since the company’s acquisition in 2013, the process of attaining these ambitious targets requires strong leadership and plenty of manufacturing experience. Existing Newton MD, Johnny Drury, is to focus on keeping momentum going on the commercial side of the business; while Jim focuses on streamlining the manufacturing process, with the aim of maximising efficiency.

Commenting on the restructure, Strawson said, ‘We are on course to achieve our most growth ambitious target to date. However, in order to facilitate this, the business cannot be allowed to rest on its laurels. It is imperative to have the right people in the right positions; the return to a tried and tested management formula that we know works, can only help us to achieve our goals going forward.’

Another new appointment is that of Royston Mould, who joins the Bradbury Group as Production Director from 19th July, bringing with him a wealth of manufacturing and management experience. Lindsay Cates, current Production Director, is progressing to become Managing Director of the Scunthorpe-based charitable enterprise, Youth Engineering Services, as existing MD Joe Mansley retires. 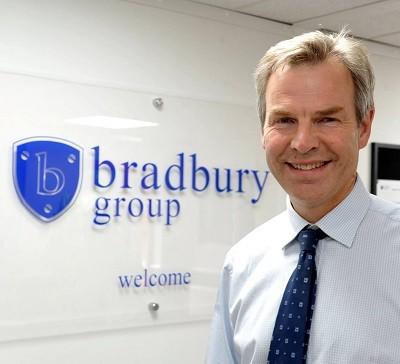