Wayne joined the company which was then Bradbury Security Grilles in the Research & Development team and was even involved in prototyping the first ever Bradbury door!

Since then, Wayne developed his knowledge and skill set whilst working in several roles at Bradbury Group, from Installation to Engineering; some say it would be easier to name the roles in which Wayne has not worked.

Wayne was also instrumental in developing and constructing our Foxhills site, which we moved all operations to in 2018; I’m sure he will tell you this himself if you ever bump into him. 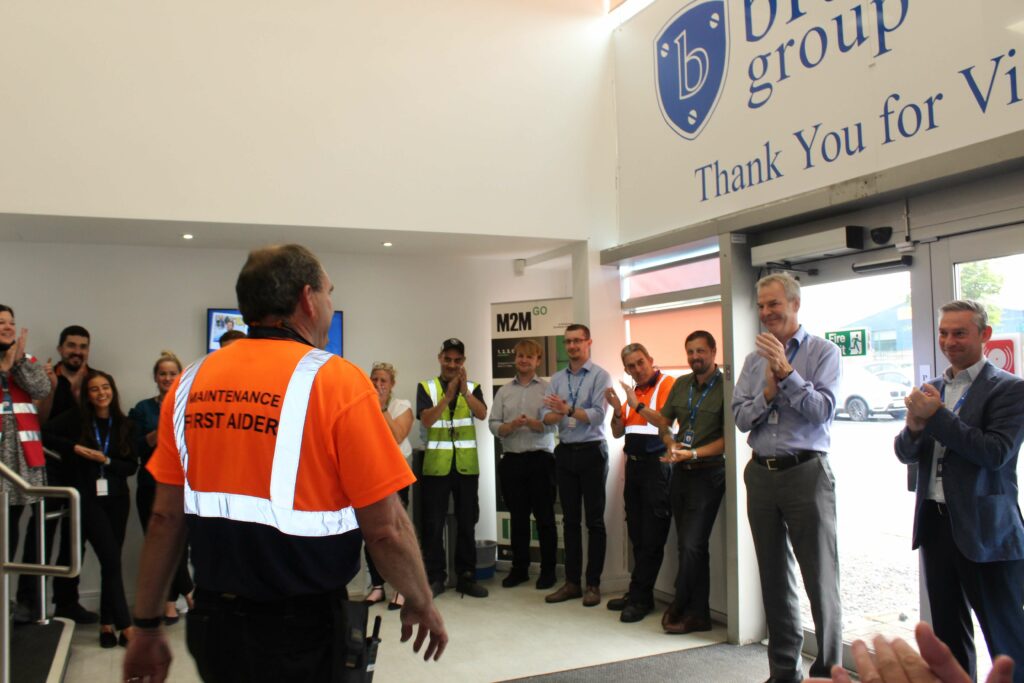 Tim Strawson expressed “Wayne has been involved in the development of new prototypes, products, and our new home here at Foxhills. His contributions have been pivotal to the group’s growth, being a true testament for others to follow”.

Tim continued to explain his admiration for Wayne “Over time Wayne has become not only an asset to the company, but a good friend to myself, and is someone whom I and many others can trust to lean upon. Thank you for your continued hard work during your service Wayne, it has been my pleasure to work with you for so many years.

Wayne has further been described as someone selfless in his actions whilst always trying to share his wealth of knowledge with colleagues to further their development.

Congratulations Wayne and thank you for everything!

Founded in 1991, Bradbury Group started as an independent local company, Bradbury Security Grilles, which specialised in the manufacture of window grilles.

Since then, Bradbury Security Grilles has gone from strength to strength, partnering with and acquiring several independent companies with a similar purpose and values to ours, leading to us changing our name to Bradbury Group.

Bradbury Group has since grown into one of the UK’s leading manufacturers and suppliers of innovative physical security solutions, whilst thinking about the future by launching the Bradbury Academy in 2022; a dedicated education, training and skills development scheme for our employees.