Common Burglary Tactics & How To Prevent A Burglary

Common Burglary Tactics & How To Prevent A Burglary

We have put together this guide to explain how burglars choose their targets and how to determine if you’re a potential target. We then advise on the countermeasures you could implement, or actions you could take, to help you deter burglars and prevent a break-in.

Burglars want the easiest time and way to get into your property. They’ll tend to go around looking for indicators of a vacant property, such as empty driveways, overflowing mailboxes, and curtains that are closed for a long period of time. These three are things that burglars identify as signs a homeowner is away, thus they decide these to be easy pickings due to the absence of the owner.

As a way to counteract this, have family, friends and trustworthy neighbours help. Ask them to check on your house, park in your driveway, or take care of your mail. 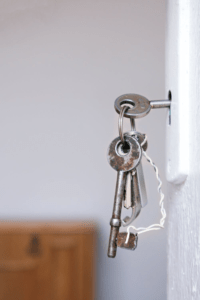 Another thing seasoned burglars tend to do is attempt to simply open the doors or windows to your house. It can be easy to forget to lock up, but try to always make sure your doors and windows are locked whenever you’re either leaving the house or going to sleep. If the doors are not locked, burglars can just walk in and take any of your belongings that they can get their hands on.

Burglars may look around properties, through windows and in bins to see if there are any valuables inside or packaging from valuable purchases outside your house. This will let them know if there are valuables worth taking within the house.

Try not to leave packaging outside your house for long periods of time. Always make sure it’s appropriately and properly disposed of, and in the case of packaging for valuable products that have been delivered, dispose of it personally to completely reduce risk.

Don’t ever leave valuables that can be easily stolen in windows burglars can look through, especially when there’s nobody else in the room. This will immediately flag your house on the burglar’s radar and attract them towards stealing from you. Keep these items either in rooms they cannot see into around the back of the house or up the stairs if you have any.

Install an alarm system and regularly check that it is working. If your alarm doesn’t work, burglars can get in without anyone finding out.They have ways to test if your alarms work or not and some of the more experienced ones can tell at a glance if they’re outdated.

Burglars are more likely to target isolated houses, the less potential witnesses the better. If you do have a house that’s detached or rather distant from the next houses over then it may be a worthwhile idea to invest into better security and defences from home invaders. 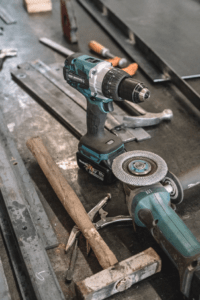 Thieves are very opportunistic, they’ll often look around for anything that can help them break into your home, like rocks, bricks and potentially tools and ladders if any have been kept out. In order to prevent this it would be a good idea to always make sure any tools you or your neighbours own are kept inside and that there’s no stray bricks or large rocks outside on the streets.

Not all burglars will just walk up and attempt a break in, the better ones will attempt to scout out your house, get a good look at ways they could potentially break in and learn your schedule so they know when you’re away for the best time to strike. Potentially, they could disguise as someone else, someone who’s supposed to be trustworthy, like a police officer. If one seems suspicious then ask for their ID, chances are they will have a fake one so when they leave call the non-emergency line for the force and ask about them, if you get a negative response then file a report of someone pretending to be an officer and coming to your door.

Burglars will often look for rear access to your house as it’s less conspicuous, make sure the rear of your house is secured with fences and gates, having them with spikes acts as a valuable deterrent.

Always keep gates locked and shut, if a gate is left open then the burglar will think the homeowner is more lax about security and will mark them as an easier target.

Burglars will also identify the houses of cat owners, they’re often easier to break into as they often leave open windows for their cats to get in and out, this is an opportunity for a thief trying to get in as they can take full advantage of the open windows. 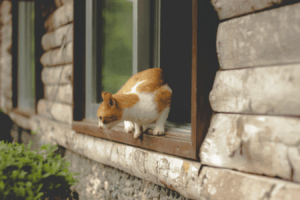 Something to look out for would be any signs of markings, burglars often leave different types of markings outside your house so they can find your house easier, they’ll often have different markings meaning different things, often to do with how much a target is worth and how easy or difficult it would be for them to break in.

Burglars will tend to target smaller valuables they can get away with for a quick buck, like tablets, phones, games consoles and jewellery. Always make sure to hide these belongings out of sight, another thing you should always do is in the event of owning a safe, never keep a safe without bolting it down, burglars will more than likely just take the safe to open it at a later date. 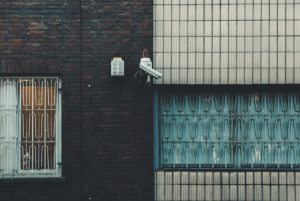 Another thing to keep in mind is the common misconception that most burglaries happen during the night, while the cover of darkness is useful for a thief it’s actually harder as the house is more likely to be occupied during the darker hours of the day, the most common times for break ins are 9 am – 4 pm as that’s when most people are out at work or school, meaning it’s easier for them to break in whilst the owner is away

Now there are a rather large amount of general deterrents that burglars will want to avoid as it makes it easier for them to be discovered and caught.

Security cameras are a common and effective way of deterring criminals from attempting a break in as you would have the evidence on CCTV and they would not want to risk getting caught.

Lights and sound can also be a deterrent to burglars. Having either lights on or some music being played inside your house can create the illusion of occupants inside the house when it is in fact empty. A motion sensor light outdoors will help to alert you when someone is approaching the house, and can work to turn burglars around as the lights come on when they approach your property. 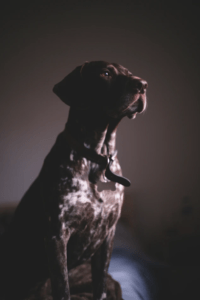 Dogs are a good deterrent against a burglar. However, we advise that you should never keep a dog outside to deter a burglar. Sure, they’ll scare off most of the inexperienced thieves, however, the more seasoned burglars would often bring meats laced with sedatives to knock them out, or in the cases of more cruel burglars, they’d even go so far as to poison them.

For a dog to be at it’s best as a deterrent, you should keep them inside the house so, when a burglar attempts to force their way in, they’d react without being in immediate danger. The dog’s barking would wake up the homeowner and likely make the burglar turn around and leave to avoid getting caught.

Whether you have a dog or not, you could even put up a sign saying “beware of the dog”, to let the burglar know or to give the burglar the impression that you have a dog, in an attempt to deter them further. However, if you don’t have a dog and they do call your bluff, it’s a good idea to have some other security measures in place.

Another good way to make burglars think twice about trying to break in is to have more physical security, such as retractable security grilles that cover your windows and doors. Most criminals  wouldn’t spend more than a minute attempting to break in due to the risk of being caught, thus investing in countermeasures to an entry with brute force would do wonders. 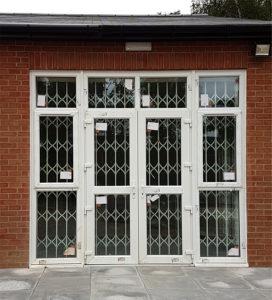 You could invest in steel security grilles, which offer both a visual and physical deterrent, such as the CX2. These can be used to stop burglars from gaining access via both windows and doors. They can also be used as a partition. Retractable CX2 grilles can just slide closed when you don’t need them so they won’t get in the way at all. Then, when you do need them you can just slide them open and have the added security. Grilles would likely just make the burglar turn around as they’d need more powerful tools to get in.

We also recommend that you ensure that your doors are sufficiently secure to ensure that these cannot be easily broken into. Secured By Design recommends that business premises have doors which are LPCB certified to LPS 1175 SR2, like our M2M2 steel doors which are specified by McDonald’s. These are tested and certified against attack using an array of tools for several minutes.

Burglars will often return to places they’ve broken into before to see if they can do it again. In the case that you have been robbed, it’s a good idea to invest into updating your security to something more recent, and upgrading to something more effective to stop would-be intruders from successfully breaking in again.

If you would like to discuss how we can help to improve the security of your home or business, call us today on 01724 271999 or email enquiries@bradbury-group.com to speak to an expert in our team at Bradbury Group.